Doyon Limited was formed in 1972 as part of the Alaska Native Claims Settlement Act (ANCSA) and pursues responsible development of resources and other business opportunities. Alaska’s largest private landholder, it offers massive opportunities to develop its land for the good of its shareholders, the state and the local indigenous cultures. Here, its president and CEO outlines the opportunities for Chinese investors to get involved and the driving force behind the corporation, which has managed to strike a balance between commercial success and cultural and environmental stewardship

You have been with the Corporation since 2006 and took on this role in 2011. What have been your biggest challenges and achievements during this time?

The biggest challenge for us has been the realization that we’ve outgrown many of our Alaskan markets and we needed to expand geographically. It’s a fairly small state, but when you reach more than 50 percent of market share, it’s probably time to go somewhere or do something else. It has been a challenge, but as you turn to other markets, that challenge becomes an opportunity, too. Before I joined Doyon, we didn’t have many activities outside of Alaska. Now we do, and it continues to be our growth area. We want to maintain our market share in Alaska, too, so it’s about finding a balance. A lot of opportunities have come from our strong balance sheet and ability to invest capital. We like to invest in activities like drill rigs or utilities where you invest a lot of money and expect high returns. That’s worked out very well for us. For the last 10 years or so, we’ve also invested in excess of $100 million in oil and gas exploration in our region in the interior of Alaska.

Doyon’s subsidiaries cover a vast range of economic sectors, from oil and gas services with Doyon Drilling, to government contracting with Doyon Government Group, tourism in Denali with Kantishna, as well as mineral and oil and gas exploration. How would you assess the recent performance of these sectors in Alaska?

The biggest sources of revenue for us are our drilling operations and the utility we own. It’s one of the larger utilities and one of the few private utilities in Alaska. It’s a quiet but large business for us that we started about 10 years ago. The army privatized the utilities on their three bases in Alaska, so it was a competitive procurement we won with our partner. It was an enormous challenge. When we began, a lot of the equipment was old and the systems needed a massive investment of $100 million or more per year for the first five years. It’s a long-term partnership with a 50-year contract.

One of the corporation’s interests is the Totchaket well in the Nenana basin, west of Fairbanks, part of your oil and gas exploration activities. What can you tell us about the plans and potential for this area to become a major oil and gas producer?

The ‘60s and ‘70s was a different market for oil and gas and minerals, with many international companies exploring throughout Alaska. However, from the ‘80s on, most of the oil and gas exploration and exploitation has been limited to the North Slope. That’s mostly true to this day. Given the enormous potential and reserves at the North Slope, it’s an understandable decision. But there’s a huge area of Alaska that’s underexplored, not just in our region, but the coastal region as well. The state is enormous and has substantial resources. Many of them are undiscovered, while some are known but so remote that prior to extraction, considerable infrastructure development is needed. Our Totchaket well is only 20 miles from major infrastructure and exploration has been challenging. We have enormous oil and gas potential in the Yukon flats, but that’s much more remote, about 150 miles inland from major infrastructure. It does drive up costs and you have to plan more carefully due to seasonal access, but we believe in its potential.

Doyon is the largest private landowner in Alaska with 12.5 million acres in the Alaskan interior, a region that can face diverse challenges from energy availability to transport accessibility. What do you see as major obstacles to economic development in this region?

There are large known mineral deposits in our region, including gold and base metals like zinc, but they are pretty remote in most cases. However, because of the challenges you face in Alaska, you have to have a world-class resource for its development to be economical. You have to build all new infrastructure, sometimes for hundreds of miles, and, if you pass through national parks or state land, you have to get permits. For us, the challenge is enticing private companies to explore our lands or a package of our lands and state lands and hopefully find something large enough to warrant development. We do have a few known deposits that are fairly close to the road system. It’s my hope that in the next 10 years we can attract companies back to those deposits because they are easier to develop. The good thing about mineral resources is that they are always there and the world will always need minerals, so we can afford to be patient.

Energy is definitely a challenge to regional development because there is no state-wide grid; there is one inter-tie grid here in the south-central region covering Fairbanks, but even that is undersized for our basic needs. There’s nothing that even connects the road system to an electric grid. Every little community has a very inefficient, small micro-grid. When you get off the road system, it’s even more pronounced, with small isolated communities desperately in need of integration with renewables like wind or biomass. There has been some incremental progress in that area, in large part helped by the state government, but it’s community by community for now.

What do you see as key opportunities for Chinese investors, and what makes Doyon a partner of choice?

We are a partner of choice because we have so much land. It’s not like Indian tribes in the Lower 48 where you have to deal with the Bureau of Indian Affairs and the federal government. We are a private for-profit corporation that has an economic motive to get things done. I see opportunities for countries like China to go back to where international explorers were across all resources in the 1970s, not just in Doyon’s region, but the whole state. We haven’t had much mineral exploration in the last 10 years, and no oil and gas exploration outside of the North Slope. There are definitely resources, so it’s somewhat of a greenfield. For a country like China who has substantial resource needs and is located fairly close to us geographically, it’s an opportunity. We also have an attractive stable government regime. It’s a big opportunity for countries or companies that might be interested in large tracts that are pretty underexplored.

Given growing interest in reviving the state’s energy industry, how does Doyon balance economic growth with its commitment to preserving the values that have sustained the way of life of Alaskan people for thousands of years?

Although we have had many companies explore on our lands, we’ve never had oil and gas or mineral exploitation, so it’s been easy for us to operate with little to no footprint. We haven’t faced the need to develop in a sustainable way, but we believe that we will do well when the time comes because of the core values of our company and our people. We take care of our communities. When we do exploration, we make sure to get the support of the closest communities before we start, explain what we are doing and work with them throughout the process, minimizing the impact on their hunting and fishing activities. Ultimately, we will always have naysayers, but we work with them and incorporate their concerns as best we can. We do have a mission of economic development and making money for our shareholders. ANCSA was a resource development act. Congress’s vision was that Alaska’s resources would provide for these native communities and make them successful. That wealth is shared through the 7-I resource sharing formula, where 70 percent of regional corporations’ revenues derived from natural resources is shared with the other regions on a formula based on the population in 1971. $3.2 billion has been shared under that system since the 1970s. It’s a powerful tool for social development built into the act.

“There is tremendous potential in Alaska; it can be a great place to do business, and there are very willing partners with capital ready to help investors achieve their goals”

Originally from Tok, you have said that you take pride in being an Alaska Native. What does it mean to you to have the opportunity to represent and support Alaskan natives both economically and culturally? How do Athabascan culture and values carry over to the business aspect of the corporation?

There’s no doubt that everyone that has sat in the chair that I’m sitting in has a deep tie to our people and our land. We have a prelude to our value statement that really speaks to the ties we have to our land. We take that into consideration in the decisions we make. We also, apart from our business, have a responsibility to our communities. Most of our rural communities are majority Alaska Native or Athabascan. They’re our shareholders, our people and, in many cases, our relatives, and we have to do what we can to support them. We spend a lot of corporate effort in advocacy with the state and federal governments that are pretty unrelated to our core business, but because of our size and political clout, we’re able to influence certain decisions. For example, last year we weighed in on decisions on subsistence fishing in the Yukon River that was a fairly small change, but we thought made a lot of sense. We’re not in the fishing business at all and certainly not in subsistence fishing, but it was important to a couple of our communities, so we supported the effort. As a native corporation, we have a much broader job description than similar-sized corporations. It does make it fun to go to work because you never know what you’re going to work on that day.

What would be a final message that you would like to send about Doyon and Alaska to this audience of millions of potential Chinese investors, partners and tourists?

I’ve spent a lot of time in urban areas, and it’s so different from rural Alaska, where you know everyone and you lack many of the things that people think they need but really don’t. You can have a wonderful life living in rural Alaska and many people still do. They hunt and fish for their protein, and spend a huge amount of time outdoors. You can go fishing and float in the middle of the Yukon River for days without seeing another person. It’s one of the last places in the world that’s very large with a very small population and undeveloped. You can have that experience of being alone in a beautiful wild place for hours and hours or days and days. There is tremendous potential in Alaska; it can be a great place to do business, and there are very willing partners with capital ready to help investors achieve their goals. 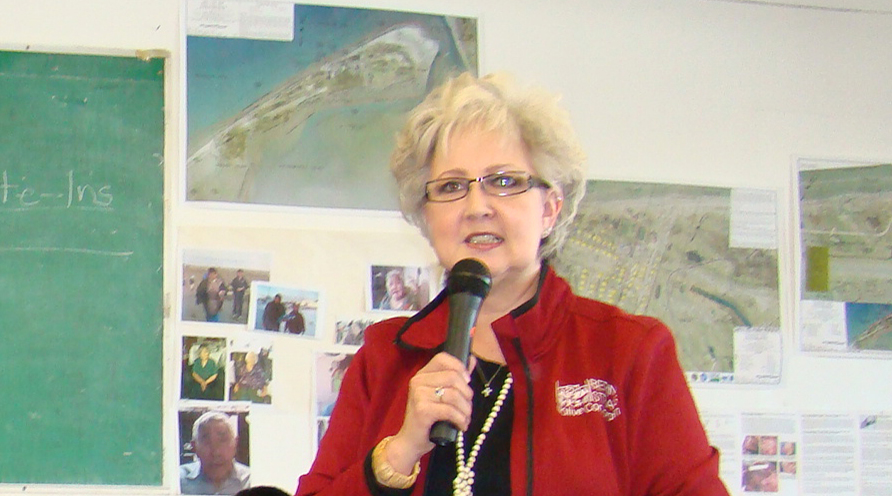 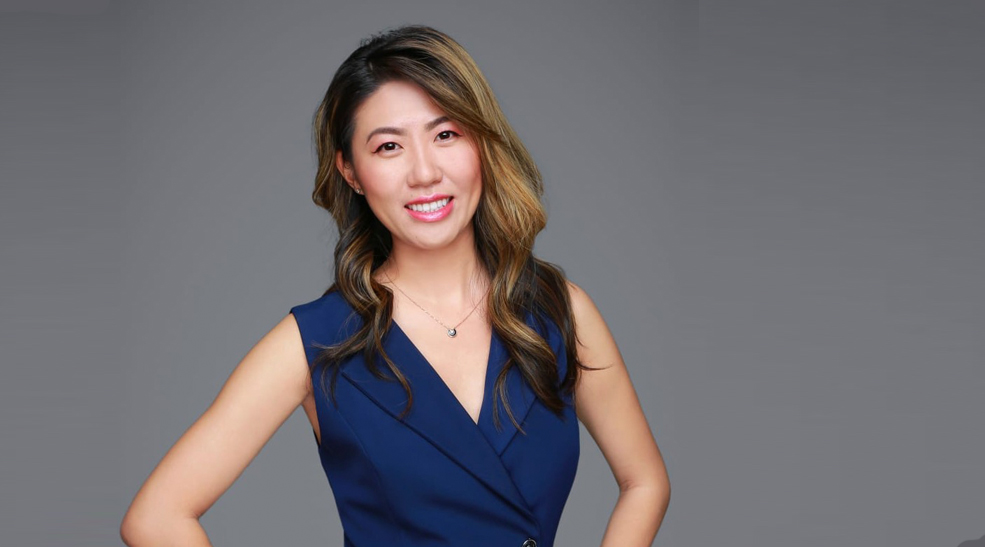